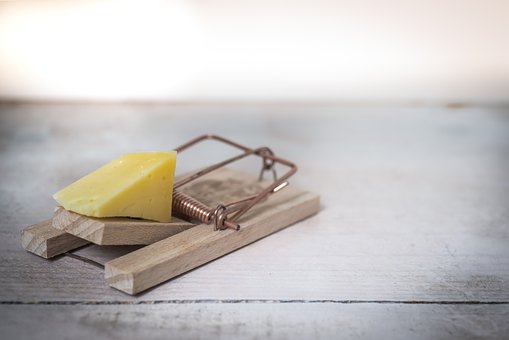 If you reveal your secrets to the wind, you should not blame the wind for revealing them to the trees.

Every workplace has its open secrets.

Multiple people in your organization may witness incompetence, laziness, fraud, sexual harassment, alcoholism, bullying, or any manner of bad behavior— week after week — but continue to decline to speak up.

Research from the University of Maryland’s Robert H. Smith School of Business explains why.  “We found that as issues become more common knowledge among frontline employees, the willingness of any individual employee to bring those issues to the attention of the top-management decreased,” as Insiya Hussain and Subra Tangirala write in Harvard Business Review.

While the media has made a big deal of “open secrets” in the Harvey Weinstein scandal, open secrets have been with us for a long time.  If you think back in time of the sensational stories surrounding Woody Allen, Bill Cosby, and Bill Clinton, they all were scandals that were known to many people before they were published in the press, and finally, the outrage took over.

But Hollywood and Washington DC are not the sole proprietors of open secrets.  The business world has the same issue of having ongoing unreputable behavior know by many before the scandals become widely known and action finally is taken

How can such action be known, and no one does anything?

Workplace silence is traced to a psychological phenomenon called the “bystander effect.”

Chances are there is some unfavorable activity going on in your organization that you, as the business leader, are unaware of but is widely know through the ranks of your employees.  It’s probably not the Hollywood type of behavior, but in our small business world, it can still be damaging.

Maybe it an employee who is having several drinks of alcohol at lunch, or a romantic interlude between two employees not married to each other, or pilfering of company product to be sold on eBay.

Unfavorable activity isn’t limited to personal behaviors.  It may be a routine process in developing the company’s product that is producing questionable results, or a typical activity that is wasteful, or a blind spot in marketing that is missing business opportunities.

The issue for owners and managers is how do we overcome the “bystander effect” and get our employees to let you know what is going on.

Here are some ideas.

As you discuss the issue of open secrets with your employees, let them know that every secret will eventually be made known.  Even though you may not be actively looking for questionable behaviors, eventually that information will get back to you.  You are not on a witch hunt, nor are you looking for reasons to disciple or fire someone.  But open secrets in the workplace are easier to deal with before they become open problems.

Your interests are for the best for your business and employees.  All open secrets are already made known to God, and He will take action as He sees fit.  But, you need to find a way to make it known that it is in the employee’s best interests to bring open secrets to you and allow management to start rectifying the problems immediately.