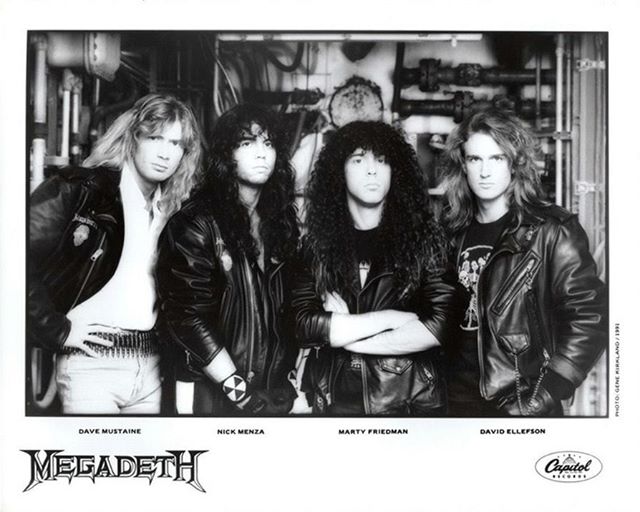 In the early 1980s, a talented young guitarist was kicked out of his band.

The band had just signed their first record contract, and they were preparing to record their first album. A week before recording began, they fired the guitarist. There was no warning, no discussion. The guitarist woke up one day and was handed a bus ticket home.

The guitarist was demoralized.

So, he vowed to start a band of his own. He would start a band so amazing and so successful that his old band would regret ever firing him. He would become so famous that they would spend the rest of their lives thinking about what a horrible mistake they had made.

He recruited better musicians and rehearsed religiously. His desire for revenge fueled his passion. And within a couple of years, his new band signed a record contract of their own and was taking off.

The guitarist’s name was Dave Mustaine, and the band he formed was called Megadeth.

Megadeth would go on to sell over 25 million albums and tour the world many times over. Today, Mustaine is considered one of the most brilliant and influential musicians in all of heavy metal music.

Unfortunately, the band he was kicked out of was called Metallica. Metallica has since sold over 180 million albums worldwide, and they are considered by many to be the greatest heavy metal band of all time.

And because of this, in a rare intimate interview in 2003, a tearful Mustaine admitted that he couldn’t help but still consider himself a failure at times.

Stories of how seemingly successful people who consider themselves failure abound in all walks of life—from entertainment to sports to business.

And the question is why.

And it is crucial for business leaders and entrepreneurs to search for their own answers.

While there are many answers, some simple and some complex, one factor of how people measure their success is which yardstick they use to measure.

How To Set Your Yardstick

Business leaders and entrepreneurs need to set how they plan to measure their life.              Here are six ways you can define your version of success:

Evildoers are trapped by their sinful talk,
and so the innocent escape trouble.

From the fruit of their lips people are filled with good things,
and the work of their hands brings them reward.

God tells us the way we measure our life is by how we react when something difficult happens, or when something is not going our way.  And unfortunately, we are going to get the opportunity to react every single day and often, many times a day.

As business leaders, we need to know how we will measure our success, and the yardsticks we use will define the pleasure we get for the hours we invest in our work.