Just Say Yes (or NO) 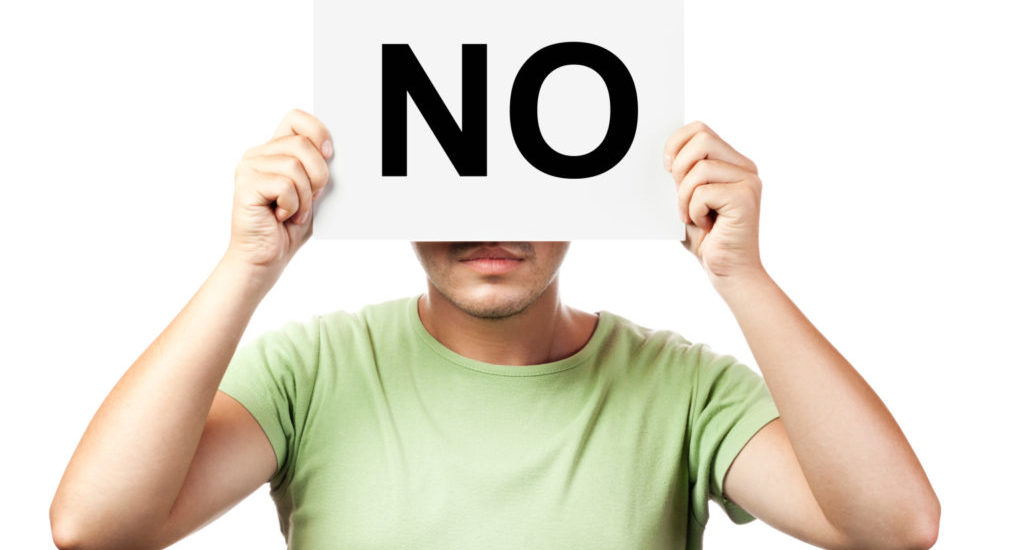 In our current culture, many people seem to lose one of their most important, instinctive behaviors.

The behavior I am referring to is the use of the word “no.”

In the business world, many fall victim to saying “yes” to unreasonable schedules, agreeing to time-eating committees, and accepting projects for which you are neither qualified for nor have the time which to devote.

Socially, we often agree to meet with individuals who need more of our precious time that we can (or want) to commit, accept responsibilities that are outside of our area of influence, and take on tasks that drain our time from the responsibilities we need to engage.

Instead of falling back on our instincts and say “no,” we say “yes.”

Two of our fundamental experiences as adults demonstrates that saying “no” is a basic instinct, yet for some reason, we lose the ability to says “no.”

One of those fundamental experiences is child rearing and the impact of the word “no.” As toddlers begin to discover their independence, they discover the word “no” and its impact on parents or others around them.

Some parents put up with this rebellion until they have to kick the child out of the house around the age of thirty. Other parents wisely rule the use of the “no” and are rewarded by a household with less than average domestic turmoil.

A second fundamental experience, not too unlike that of child rearing, is the owning of pets. In my house, we are frequently found yelling “No, no, no, no” to a dog or cat that is clueless why we are yelling. Eventually, the pet understands that the word “no” is somehow connected to their behavior and possibly a swat on the hip.

What you never hear is a pet owner yelling “Yes, yes, yes” with the same urgency to their domestic animals. The word “no” is simply an intuitive part of having a pet.

So, how do we regain our natural ability to say “no” back into our lexicon?

So much of what we are asked to say “yes” to is time oriented. Our first line of defense is to understand what amount of time we are committing to and to determine if we have the time available or not.

The solution is if you do not have time, then the answer is simply “no.”

Many of the Dilbert cartoons center around unreasonable time requests. The reason they are popular is they are true. Both at work and personally we are robbed both of our time and our ability to manage time.

If it is not your priority, say “no.”

It is not shameful to not desire to be the leader of the PTA, meet for coffee and work through someone else’s problems, or be on every company committee under the misguided premise that type of activity will help you rise in the office hierarchy. Think through what saying “yes” will produce. If you accept a request and say “yes” reluctantly, what kind of job are you going to do?

Universally, participants who reluctantly agree will barely give half an effort, miss most of the meetings, and provide little tangible benefit.

Conversely, if you are on the side trying to find someone to say “yes,” don’t accept anyone who is reluctant; having them will only increase your amount of work.

Be honest with your answer. Much of the advice about how to say “no” is driven by being guilt free and not hurt feelings. If you don’t have time, say so; if it’s not one of your priorities, say so, and; if you aren’t interested, say “no.”

There is no need to be rude in your response, but you need to be honest. Ask for time to think it over, and then if the answer is no, say “no.” Do not make up excuses or tell lies.

Practice saying “no” so when you turn down the request, you will be able to say “no” convincingly.

“Let what you say be simply ‘Yes’ or ‘No’; anything more than this comes from evil.”

This is found in the Sermon on the Mount and is in the context of talking about murder and adultery. What Jesus knew was the human nature of avoiding the truth.

We too often say one thing when we mean something else.