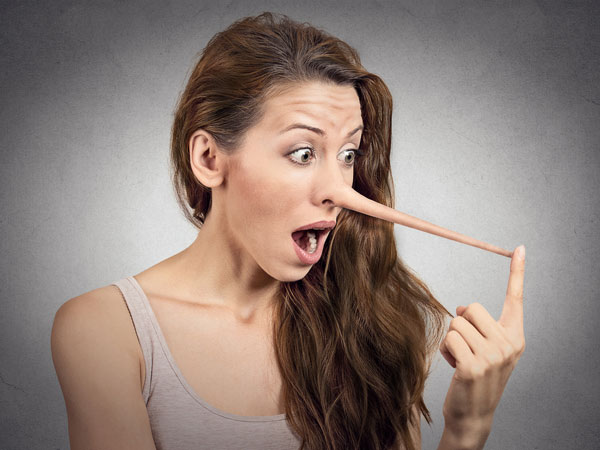 I just did it. I did not mean to, but I didn’t want a confrontation or to hurt anyone’s feelings. It is just a habit, unfortunately, that is automatic and it occasionally happens to me without thinking.

I was asked to play golf in an upcoming golf outing. I like golf and the people who asked are friends, but I turned them down. My excuse was that I’ll be out of town. And that was a complete lie.

The real answer, like many of us workaholics, is I’ve got too much to do. It’s not that it’s too much work, it’s that I’ve said “yes” too many times and now I am drowning in commitments. I’m not bemoaning the fact I’m over committed. I’m bemoaning the fact that I lied about it for no reason. I could have just as easily told the truth and all my friends would understand. But I didn’t.

The condition of not being completely honest is a condition that affects every one of us. These little white lies are so innocent yet so damaging. “Yes Dad, I checked the oil in my car just last week.” “It wasn’t me who drank the last of the coffee.” “I was just picking up the phone to call you.”

Not a single one of these, and millions more, lies have any impact on anyone other than the person telling the lie. And, as many people think, if they do not hurt anyone, what’s the problem?

There are six things the Lord hates,

seven that are detestable to him:

a heart that devises wicked schemes,

feet that are quick to rush into evil,

a false witness who pours out lies

and a person who stirs up conflict in the community.

According to the Bible, liars are in some pretty serious company. A cheating spouse, murderer, evil doer, and a community trouble maker. What is interesting is they all start innocently, yet grow into actions that people regret the rest of their lives. A simple idea to skim a few bucks grows into a Ponzi scheme. A little office flirting grows into a raging affair. A little public demonstration grows into a riot. And an itty bitty lie grows into a complete loss of respect.

I see two aspects to remember with lying in the workplace.

First, you as boss or owner are the example. You cannot over-emphasize truthfulness. If you left the office at 5:45, yet you bragged how you worked past six, when you are caught in this little exaggeration, your respect and authority goes down a little for each occurrence. On the other hand, if you are completely honest and accurate, when you are acknowledged for your transparency, the respect for your authority goes up.

Second, when those in your responsibility lie, you need to remind them of four implications.

If we start enforcing honesty at work by making our employees aware of the ramifications of their little white lies, think of the impact we can have on the rest of society when they take that attitude away from work and employ it with their friends, family and associates.

Can you think of a better way to make a great social impact outside of work?