Grade on a Curve 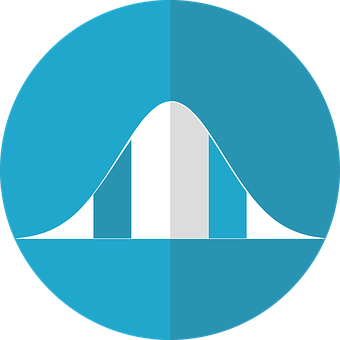 There was something about school bells that I did not like.

First, the school bell itself. Our school was old and we had a clanging, irritating alarm that sounded the end of each class period. Although I loved school, there were many teachers that the bell could not sound soon enough.

And then there was the bell curve. For a student who did well in nearly all classes, this concept was ridiculous. To me it said the teacher did not teach the topic very well, was not able to develop a test based on what was taught, and whose ego would not allow them to accept everyone getting an A, or everyone failing.

To compensate, the teacher would superimpose a bell curve over all the test scores whereby a few would get A’s, a few would fail, and everyone else would be mathematically distributed in between. But that is just the student in me talking, I’m sure the teachers had a different opinion.

The reason I’m thinking of grading on the curve is because of some recent articles about treating employees the same way. This is not, however, about tests. It’s about performance appraisals.

These articles start with the idea that the workplace is a reflection of our world. The bell curve is supposedly also a reflection of the world, and so it is appropriate to impose that theoretical model onto our employees. We have a few stellar employees, a few slackers and undesirables, and the performance of the rest of our employees is scattered in between.

The HR department can then see how your companies current group of employees match with the rest of the world.

Although there are a host of topics to cover here, the idea of evaluating your employees on a bell curve simply promotes mediocrity.

We should not be willing to settle for a talent pool that is limited by the talent pool of the world.

At that point, thankfully, you will no longer follow the bell curve.

We are to focus on the gifts God has given us and to make the most of those gifts. Judging others and judging ourselves is the role of God and His grace.

For us to be the best company possible, we need to strive for the left end of the bell curve only.