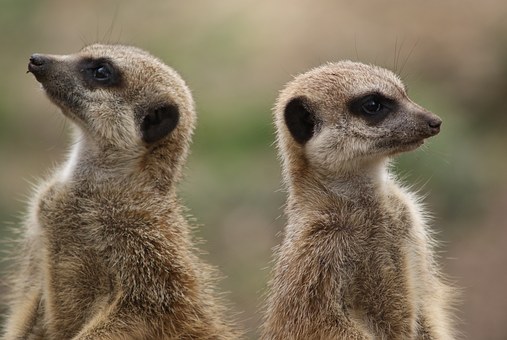 We are currently experiencing a resurgence of a very old concept.

Jeff Bezos used it in a 2016 letter to Amazon shareholders, Patrick Lencioni’s included it in his book “The Five Dysfunctions of a Team,” and  Andy Grove used it frequently at Intel as part of his management strategy.

The concept is to disagree and commit.

This concept can be summarized in two parts.  First, management should expect and demand coworkers to voice their disagreement with company management. Second, no matter the point of view, once a business decision has been made, everyone must commit to its success.

The idea of disagree and commit did not originate with Andy Grove, or any 20th-century business management guru for that matter.

To better appreciate the usage and need to disagree and commit, we need to look to G.K. Chesterton.  G.K. Chesterton was an English writer, poet, philosopher, dramatist, journalist, orator, lay theologian, biographer, and literary and art critic from the early 20th century.

To say he came from a different era than ours is an understatement.  Although he was a devout Christian, among his best friends were the atheist playwright George Bernard Shaw and the socialist writer H.G Wells.  In our world today, it is nearly impossible and would be considered clearly outlandish, for three prominent men of such diverse worldviews to talk, let alone consider each other friends.  Just think of the heyday the news outlets and media pundits would have.

“We do not want joy and anger to neutralize each other and produce a surly contentment; we want a fiercer delight and a fiercer discontent. We have to feel the universe as at once an ogre’s castle, to be stormed, and yet as our own cottage, to which we can return at evening.”

Chesterton’s concern was about keeping a critical and loyal connection about the things we love instead of a disconnected debate.  He asked of us if we have it in us to stay engaged and committed to those in the world that we sharply disagree with.

When Alan Mulally took over as president and CEO of Ford Motor Company, one of the first things he noticed was the lack of Ford vehicles parked in the executive parking garage.  The men and women tasked with designing, promoting, and selling Ford vehicles were driving luxury vehicles from other manufacturers.   The Ford executives did not understand the concept of disagree and commit—they were not committed to the Ford brand.  Alan changed all that in his turn-around of Ford Motor Company.

To encourage everyone to buy into the disagree and commit concept, management needs to make clear in the decision-making process where team members are allowed to disagree yet required to commit to the final decision.

An example outline of this decision-making process is:

For Mulally to be successful at Ford, there could be no General Motors, Range Rover, Mercedes, BMW, or other high-end luxury cars in the Ford Motor Company executive parking garage.

There could be no outliers who could singlehandedly sabotage the success of any company goal.   In Mulally’s case, only Ford vehicles could park in the Ford parking garage, no exceptions.

Much like life, disagree and commit is not fair, but decisions must be made, and the downside from the stagnation and intractability of indecision is much more damaging than having to choose between several well debated and critically evaluated choices.

Long before G.K. Chesterton wrote about committing to disagree, the Apostle Paul and the Apostle Peter both wrote about the need to honor authorities and submit to their decisions all while disagreeing.

We need to learn from their personal commitments.  The Roman government was persecuting the Christians, feeding them to lions, impaling them on stakes, and setting them afire.  But despite this intense persecution, Paul wrote in Romans 13:1-3.

Let every person be subject to the governing authorities. For there is no authority except from God, and those that exist have been instituted by God.   Therefore, whoever resists the authorities resists what God has appointed, and those who resist will incur judgment.  For rulers are not a terror to good conduct, but to bad.

When a decision is made, whether it be by the government, your company’s executive committee, or your boss, you are called to respect and honor that decision, regardless if you agree or disagree.  You must voice your opinion and present your ideas, but once the decision is made, it becomes your duty to see that it is successful.