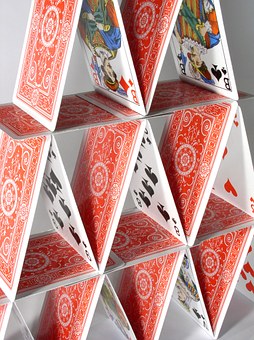 In early January of this year, I published a blog titled C’mon Man, Take Some Risks!   In that blog, I discussed the need to take risks to be successful.  To further that discussion, we need to think about what risks we need to take.

The risks we need to take are our calculated risks.

In other words, in considering your options, you thought through what might go wrong before you took any action, and determined that the chance of something going wrong were acceptable when compared the benefits of what might go right.

The key consideration here is determining what might go wrong and what might go right.  And, of course, we also need to determine what the probabilities are of each right and wrong choice.

When choosing between taking specific risks, there are many possible outcomes.  For simplicity, we will consider a right outcome, which is exactly what you want to happen, and a wrong outcome which is everything else.

The problem in estimating calculated risks is our inability to determine what the risk is for each outcome correctly.

This is easiest described in an example.

Public speaking is frequently described as the number one fear of most people.  Many people will do anything to avoid having to talk in front of a group of people.

On the other hand, most people have no concern over getting into a car as a passenger and worrying about the fitness of the driver, the worthiness of the car, and the condition of the route you are about to follow.

In 2015, there were some 6.3 million fatal, injury, and property damage vehicle crashes that occurred in the U.S.   No person was killed or injured while public speaking.  Yet, we are more afraid of public speaking than riding in a car.

This tells us that when evaluating risks, our emotions are unreliable.

We need to make sure that when we are considering calculated risks, they are not based on our fears or gut feelings (our emotions), but are evaluated base on measurable and determinable facts.  That is why they are called calculated risks.

Unfortunately, many risk choices are not susceptible to scientifically scrutiny when considering their chance of success.  Here are several suggestions that will make calculating a risk’s chance of occurring less daunting.

One of the awesome attributes of being a follower of Jesus is that He has removed all our eternal risks so that we can focus on the temporal risks.  And those temporal risks are bracketed by the lessons of the Bible.

The risks delineated by God are both simple and difficult.  Luke 6:27-28 says.

But I say to you who hear, love your enemies, do good to those who hate you, bless those who curse you, pray for those who abuse you.

The Bible tells us the most important thing is to love our neighbors.  That is the most important activity we need to be concerned with.  Decisions made by looking at calculated risks pale in comparison to the sacrifice Jesus made and the love God is asking for.

No, the Bible will not tell us what equipment to buy, where to invest our money, or who to hire.  Those are temporal risks the He has given us the intelligence to calculate on our own—insomuch as they conform to loving, doing good, and blessing others.