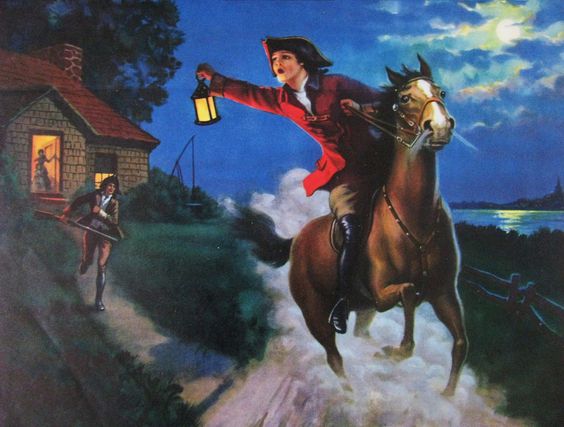 “Listen, my children, and you shall hear of the midnight ride of Paul Revere.”

No, not the iconic 1960’s pop band Paul Revere and the Raiders.

I’m thinking of the guy detailed in Henry Wadsworth Longfellow’s poem Paul Revere’s Ride.  Paul Revere famously rode on the evening of April 18, 1775, to sound the alarm that the Revolutionary War had begun.

What most people do not know is that two men rode from Boston on that fateful spring evening.  The second was a man named William Dawes, who also rode to alert the colonists.

Why is one famous and the other not?

Both men came from the same social class and had similar educational backgrounds. One rode north and the other south.  Paul was able to make an impact, get the word spread far and wide, and raised a militia to defend the people.  William was able to make a small impact and, unfortunately, only let a few people know about the arrival of the British.

Paul Revere’s name became famous, and William Dawes did not.

The difference was the social network each man cultivated.

Paul Revere was an information broker.  He was a person who occupies a key role in a social network by connecting disparate groups of people. Because Revere targeted other well-connected people during his ride, his news spread widely and quickly,

William Dawes was not an information broker, so he didn’t know which doors to knock on when he entered a new town. As a result, the information he carried circulated within only a small group of people instead of expanding outward.

Are you a Paul Revere or w William Dawes?  Do you know what doors to knock on?

The benefits of business networking are:

Make the Most of Your Business Networking

1) Wherever possible, you should network face-to-face. Social media platforms such as Facebook, LinkedIn, and Twitter are excellent ways to communicate but do not replace vital face-to-face communications.

3) Don’t spread yourself too thin and try to interact with too many networks.

4) Business networking is about cultivating relationships business. You need to not only attend the meetings of your networking group regularly but go prepared to offer something of value to the group.

4) Choose the networking group that’s best for you.

Networking is not new.  If you spend a little time reading the New Testament, you will see Jesus Christ followed many of the network marketing rules that are suggested we follow today.

“The harvest is ready, open your eyes. It’s out there everywhere you look, but the workers are few.” (Matthew 9:35-38)

What that means to us is, just as Paul Revere knew, was to open your eyes, prospects are everywhere.

All you need to do is show up, reach out, and follow up.

Jesus was brief, used short parables as illustrations for understanding, and He never begged people to believe and follow Him.  His ministry was to keep moving and interact with as many people as possible.  And His network has lasted for over two thousand years.

Will your business network match that?